History of the School of Journalism and Mass Communication, University of Nairobi

The history of professional training for journalists in East Africa dates back to the early 1960's. The intention then was to Africanise the mass media. Between 1963 and 1968, the International Press Institute ran a series of six-month training programmes in Nairobi for journalists from English-speaking African countries. To continue of these programmes the Ministry of Education approached UNESCO in 1968 to assist in setting up a more intensive training programme integrated into the University of Nairobi.

Until 1979, the School offered a two-year undergraduate programme leading to a Diploma in Journalism. This earlier effort was mostly aimed at advanced-level secondary school leavers and journalists with little or no prior professional training. The courses gave practical training as well as relevant theoretical background in subjects such as mass communication, international studies, economics and government. From 1980 to-date the School offers a program leading to Postgraduate Diploma in Mass Communication, a Masters Degree in Communication Studies and from January, 2006, a Bachelor of Arts in Journalism and Media Studies.  The latter program has four specialization namely, Development Communication, Public Relations, Print Journalism and Broadcast Journalism.  Plans are at an advanced stage to launch a bachelor of Arts in Broadcast production program.

School of Journalism and Mass Communication: Director's 1970 - to date 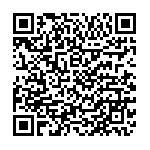